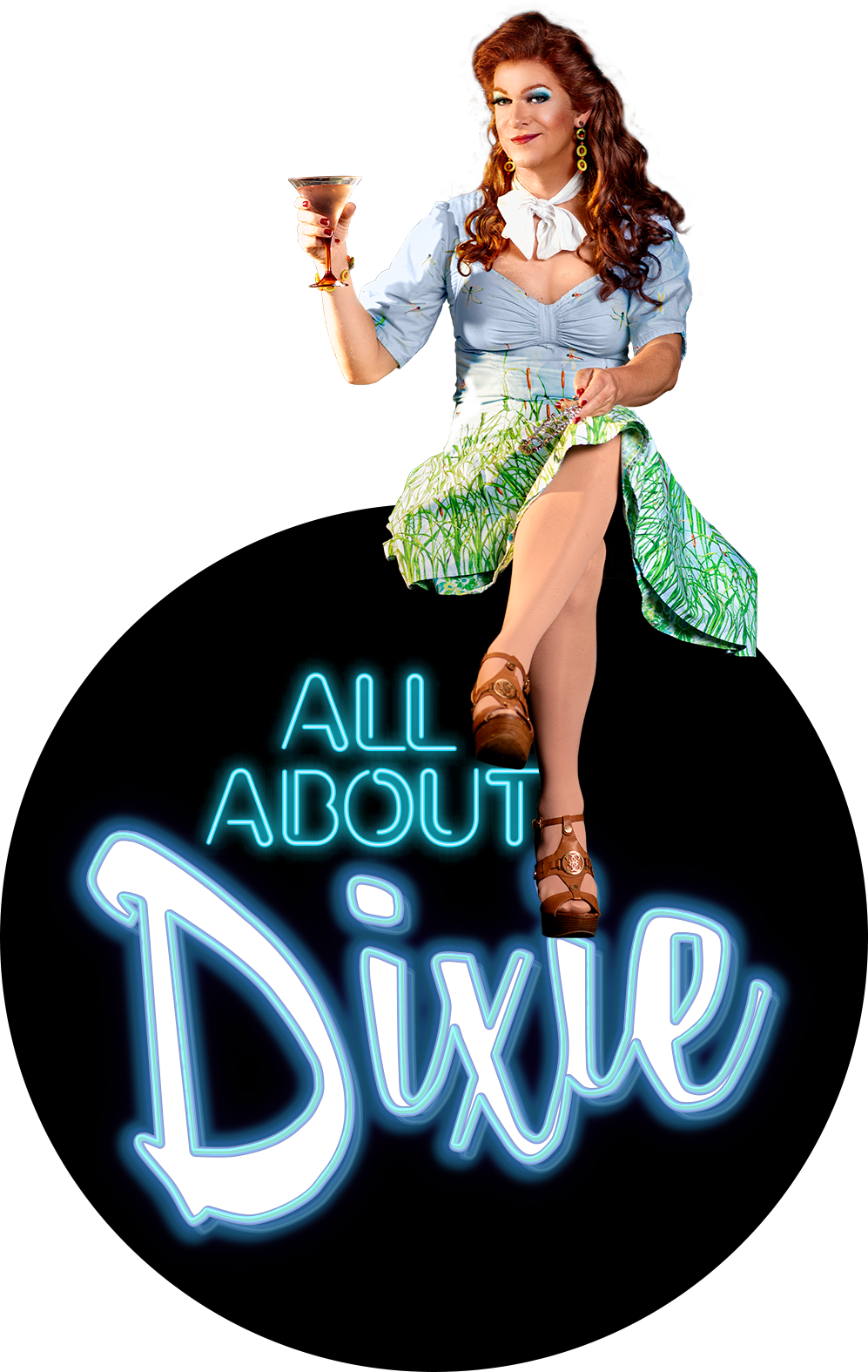 Dixie Longate hails from Mobile, Alabama where she lives with her three kids who she's almost sometimes ever proud of: Wynona, Dwayne and Absorbine, Jr.  She started selling Tupperware as part of the conditions of her parole back in 2001. Within a few years, she became the top selling Tupperware representative in the US. When a friend of hers told her she should turn her living room party into a theatrical show, she laughed so hard at the idea, she almost had to put down her drink.

"Dixie's Tupperware Party" soon opened off-Broadway in 2007 to both raving fans and rave reviews. The show earned Dixie a Drama Desk Award Nomination for Outstanding Solo Performance. She lost to Laurence Fishburne. Really. Look it up.

The following year, with plastic bowls in hand, she embarked on a small tour to some theaters in the US.  Twelve years later, that tour was still running and had become one of the longest-running off-broadway tours in history. Covid put a halt to the live shows for the time being which meant Dixie had to go back to her trailer in Mobile to spend time with her kids 24/7.

"Dixie's Happy Hour" is her third major show from America's Sixth Favorite redhead. Her second show, "Never Wear a Tube Top While Riding A Mechanical Bull (and 16 other things I learned while I was drinking last Thursday)" was originally produced by the Denver Center for the Performing Arts which Dixie discovered is really hard to say after 8 alcoholic Shirley Temples.

She has now ridden that bull all over this great country and looks forward to mounting it again when this whole crazy period in our lives is behind us. In the meantime, she wanted to give everyone a big hug even though she can't do that in real life.  You'll find that hug in "Dixie's Happy Hour."